I found my new substance in the form of an HBO subscription. I could no longer take myself seriously as a cool person without watching “Kurt Cobain: Montage of Heck”, the heartbreaking and honest Kurt Cobain documentary. The HBO purchase gave me bliss, entertainment and a reason to stay inside. I haven’t left my television since the transaction, unless you count last weekend’s three parties. 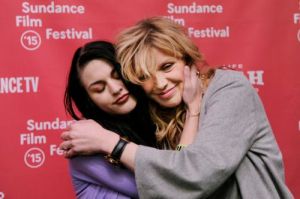 Montage of Heck was just what I needed to revamp my fascination with Kurt Cobain and my love for Nirvana. I could not look away. Frances Bean served as the executive producer and she sprinkled cool-girl meth dust all over the film. It is unflinchingly bold, sad and beautiful. Kurt’s parents cast him away like a used Temple of the Dog c.d. and his mother’s ignorance concerning her obvious neglect and poor maternal instincts is paramount. Listening to his obese step-mother ramble on about Kurt’s unfulfilled quest for family life broke my heart more than watching Kurt nod off in a heroin daydream while trying to hold Frances. 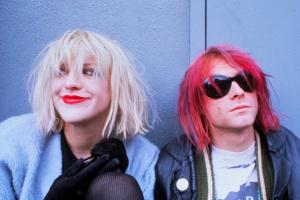 Love’s performance. I say performance because she’s always playing a part, and she is mesmerizing. The home videos of her and Kurt ridiculing Guns & Roses, showcasing their mess of a home and getting ready for the day are filled with humor and love. Viewers get a good look at Love’s nakedness, physically and psychologically. She is the best that Frances has and her punk rock parenting and fits of pop culture musings are hysterical.

Expect much more from Frances Bean.

As Kurt’s drug abuse deepens, so does the movie’s somber tone. Kurt’s suicide was not his first attempt and he looks haunted, hungry and confused as we know that his days are numbered. Kurt’s drive was strong, his ambition was intense, but ultimately drugs and depression took over his life. Fame was his ultimate dream, but he lost himself in the pursuit. His music, artwork and spirit live on in Frances’ impressive future.

I was, and am, an enormous Nirvana fan. I vividly remember being stuck in my all-girl dormitory in my stuffy Catholic college waiting for my bad-boy boyfriend to pick me up for a secret weekend away and receiving a phone call that Kurt Cobain died. My boyfriend’s kernel of comfort as I numbly relayed the news was, “Wow, who’s going to headline Lollapolooza?” I subsequently stumbled around in a thicket of smoke for the weekend while my mother kept trying to call me to see how I was taking the news. This was before the invention of cell phones and it was tricky to pretend that I was safe in my dorm bed while I was sneaking around. I bought a Jack Kerouac book that weekend and found a new love, but my sadness was very real.

Lena’s body is my body.

I then watched the entire last season of “Girls” in an insomnia-plagued stupor, is this show supposed to be as funny as I think it is? Do Lena Dunham and I have the same exact body, and if so, could I have scored a real rock star boyfriend along the way? Just watch the show for the sex scenes. Seeing Allison Williams, Brian Williams’ lovely daughter with the mediocre singing voice and enormous forehead, in the most compromising of positions is a gift from the television gods.

Do I lose my feminist card because I think Adam Driver is the best part of “Girls”?

Girls is so wretched it is awesome. I know these characters and I loathe them and that is the point. Their self-absorption, feigned intelligence and hipster vibe is right on. To know Marnie is to hate her and Hannah’s horrible writing is akin to Lena Dunham’s mediocre writing, but astute observations. I dislike Lena’s Hannah in the same fashion that I dislike myself: she’s another smart woman with all of life’s advantages that chooses to sit around on her fat ass complaining about life’s inconsistencies instead of actually doing anything to change them. Ow, that hits me right where my stretch marks start and my crow’s feet end.