I have zero interest in conducting myself appropriately. I want to tell everyone my problems and I want to hear all of theirs. I’d love to tell you how much your pit bull disgusts me, but I’m too polite. I’ve decided against cutting my frizzy fountain of hair, it’s against my religion to sport black pants and the dirty dishes in my sink mean nothing to me. I always compose a thank you card, rarely miss church and I go to every social event that will have me. I have my own code of etiquette so I suppose it may be argued that I am trapped by a set of standards, but the rules are twisted and I am finally embracing my bona fide weirdness .

Butt JLO, is that all there is?

With all my acting up, I’ve lost track of the celebrities. Jennifer Lopez continues to astound everyone with her beauty, awful choice in men and knack for displaying her robust rump. Sarah Jessica Parker may be filming “Sex and The City 3,” the plot centers around vaginal dryness, souffles and hot podiatrists. 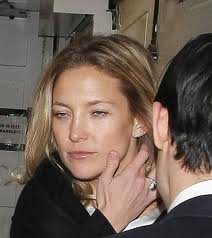 I am nodding my head to both the new Mumford & Sons album and the new Muse single, Dead Inside.  Kate Hudson’s jilted baby daddy and Muse front man, Matt Bellamy, must have been thinking of her …”On the outside you’re ablaze and alive, but you’re dead inside”. Deceivingly sunny Kate Hudson does suffer from a deadness behind the eyes, or is she perpetually stoned? Anyone that constantly craves to be that effervescent is hiding some serious darkness. Take that from this disturbed former-cheerleader.

Remember when Jim James used to be cool?

I want to ignite a social media battle with my new enemy, My Morning Jacket’s obnoxious and bloated lead singer Jim James. 2003’s It Still Moves and 2006’s Z are high up on my list of favorite albums, but since then, Jim’s ego has grown as large as his hipster beard and his waistline. In the latest issue of Rolling Stone, Jim James cements his reputation as pretentious and professional whiner by reviewing Nick Jonas’ “Chains” with the following mind-blowingly uninformed summation:

Definitive proof that computers have taken over the world. Nothing is real in this artic-tundra frozen landscape of a ringtone-commercial song.

Then, Jim went on to spew this utter nonsense about country music:

I feel like modern country is deliberately dumbing down the human race. They’re deliberately making people take glory in being uneducated and racist, and it’s just sad. I think it’s absolute mind control.

Jim, you’re so sad. I don’t think that a semester at University of Kentucky qualifies you as being educated and your mediocre new music does not sound a lot different than country. Jim, when you took that nasty stage fall that you can’t stop crying about, did you hit your head? I’ll take my rock stars minus the cooler-than-thou spirit. More Nick Jonas, less Jim James.

Betty, I feel your pain.

Thank you, Betty Draper Francis, for years of confusion, love and frustration. She’s the mother that leaves an impact with her icy stare, style and the back of her hand while rarely cracking her porcelain structure. We watched Betty get frisky with a washing machine, shoot pigeons, gift a smitten young boy with a lock of her hair, weather an unattractive weight gain and slowly kill herself with a steady diet of Virginia Slims. In the end, Betty was right, life’s not fair, but she never promised anyone that it would be. Rest in peace Betty, and may January Jones continue to quietly shine in another role.